OMG, I know, the puns have got to stop.

Dr. Bodo Otto lived in what is now Reading, Pennsylvania way back in the late 1700s. When you're there, you can tell it was a gorgeous valley way back then. Nowadays, downtown Reading is bustling, youthful, multicultural and kinda cool. THEY don't think so -- the people who live there -- but since when are the natives ever a fair judge of the attributes of their cities?

Can I give a shout out to the Peanut Bar? 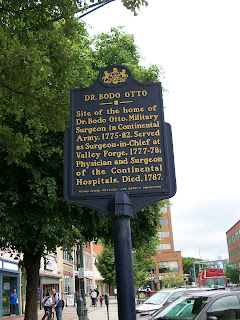 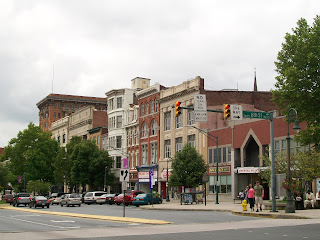 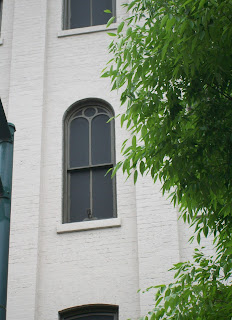 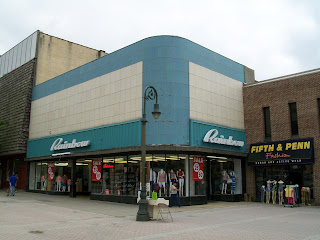 There's something kinda cool about this sleek, modern store in the heart of this Victorian and Deco downtown. Not sure whether the facade is vitrolite or something else, but I like it. 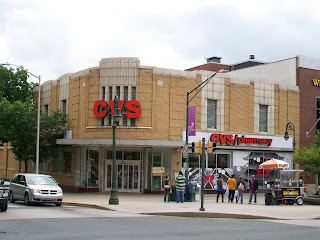 There's a lot to like about this downtown pharmacy. For one thing, they kept the original deco facade. Kudos, for that. The signage could be a bit less garish and more in keeping with the feel of the architecture, but you can't have everything. The sidewalks here are really large; they're wide enough for sidewalk pushcart vendors. Love it. But the pharmacy spoils its downtown image by pasting enormous posters over the windows. A downtown needs windows for pedestrians to gaze into. That is so basic. 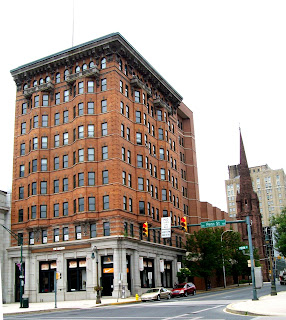 I like to play, "If I won the lottery." It's a pointless game because I never PLAY. But if I did, one thing I would love to do is buy up old buildings like this and DO something with them. This one just screams "boutique hotel." Great coffee shop on the ground floor... maybe a boutique, too. My apartment would be in the penthouse where those great balconies are... 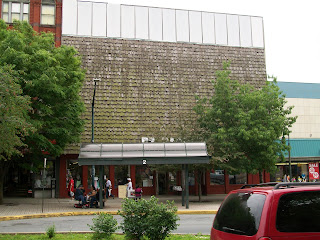 This, my friend, is a crime against architecture. No telling what is under that wood-shingled horror. Possibly, it's a gorgeous brick storefront, just waiting to be exposed. Given the wealth of Victorian and Art Deco in this downtown, it could be special. Then again, there may have been a good reason to deface it in this way. But it's obvious what it is NOT: Attractive. What era ever thought a wood-shingled awning was an improvement? 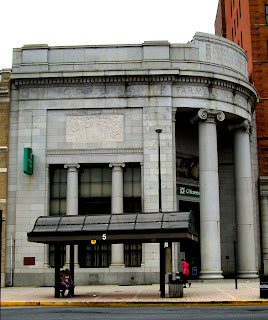 It's hard to get a good shot of this bank building because it kind of wraps around. Under that enormous portico are two giant stone lions. Relief carving decorates the upper wall, but it's hard to see. It says on the side that the bank was established in 1814, though this is a much more recent building. Maybe 1920s? Who knew that just a few short years later, the bottom would fall out of the economy.

When have you heard that before?